Skip to main content
Enroll Now
These three elements must be identified in the early states of outlining for smooth narrative sailing.

In order to identify these points for your book, we need to break them down into categories based on the topics you listed on the I Have A Book To Write downloadable worksheet.

If it sounds confusing, it is not. It is a system I have come to discover through working with many authors on their outlines before they start their books.

Outlining also opens you up to the first layer of that deeper self-conscious creativity and understanding of your message. Anything you write about here in the exercises can be discarded or identified as some of the greatest gems for your book.

I can assure you, doing this work before you even start an actual outline will save you a big headache, time and money in the long run. And who doesn’t want that?!
As an Intuitive Book Coach with her company, A Story Inside, Kim has coached over twenty-five authors in the last three years through the writing of their memoirs and self-help books. She works with ambitious women to powerfully turn their words and stories into books with passion, purpose and urgency. The time is now to have your voice. She also sees the book writing process as a way to discover a bigger life professionally and personally.

Two decades as a movie producer and screenwriter in Hollywood taught her the art of story development and artistic collaboration. Her movies starred notable actors, and screened all over the world. She trained as a writer at Stanford Writers Lab, San Jose State English Department and UCLA Advanced Screenwriter’s Lab.

Kim's memoir, Kicking Abuse In The Ass (A Brutally Honest Memoir), from Waterside Press, is available on Amazon and locally at Vroman’s Bookstore. She unfurls the denial of sexual abuse that held her hostage for her whole life, and with an open heart, provides the writing prompts she used to heal.

Kim was a 2018 Panelist for Tell Your Story at the Motion Picture Fund’s Deal With It Conference. She spoke with Susan Bay Nimoy (director) and Marta Mobley (producer). Kim won Best Elevate Speaker at the 2018 South Bay Women’s Conference (http://www.astoryinside.com/i-speak/). She was the 2017 Keynote Speaker for the Soroptimists of America Spring Conference on Tell Your Story. She was featured on the UK You Tube Show How I Live in February 2018, and has appeared in numerous pod casts and telesummits for Voice America, Breaking Down Your Business with Jill and Brad, Unity Radio and the Non-Fiction Authors’ Association. She has held story workshops for PMI, SCORE LA and PIHRA. She speaks at conferences on a range of topics, always sharing the message that writing your way through any trauma can give you a life you love.

She lives in Los Angeles, CA with her two beautiful daughters, one cat and a sense of humor. 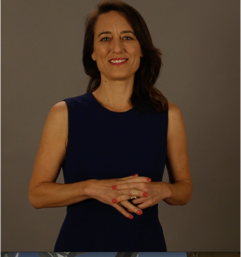